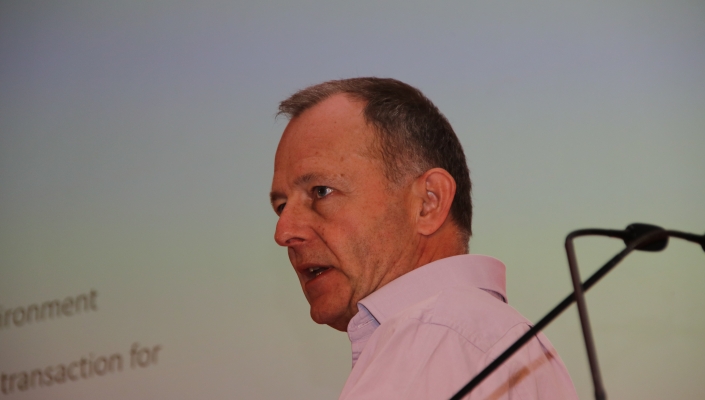 From the start of July 2020 through the end of December 2020, tech M&A across all technology sectors amounted to a $485bn worth of spending. In particular the second half of 2020 saw $112bn in disclosed transaction value in Enterprise Software sector, says tech M&A experts advisors Hampleton Partners.

Hampleton director Jonathan Simnett (pictured at the Managed Services Summit North) says: “In contrast to the negative effect on virtually every other aspect  of the global economy, over the past six months COVID-19 has driven tech M&A volumes and valuations ever upwards. For instance, acquirers announced a record 79 purchases valued at more than $1bn in the second half of 2020. That was more than three times the number of blockbuster deals announced in the first half of the year.”

Looking back, he says, two things are clear: first, deal activity was lower in 1H2020 because M&A processes were placed on hold and buyer confidence diminished. Since then, however, acquirers have understood the possibilities of adapting to “the new normal” in M&A – running virtual meetings and effectively carrying out an entire M&A process from start to finish remotely – and have thus restarted hiatus processes and initiated new ones. Second, the new circumstances and challenges caused by Covid-19 have created particular opportunities for software services and value-added reselling of those services.

Businesses that are increasing their digital transformation efforts are looking to software tools and skills to help them navigate the digital sphere; and moving into the cloud and need new solutions to do so, he says.

In addition, as working from home is becoming widely accepted, staff need remote access to their files and programmes, meaning a bigger platform for desktop virtualisation and file discovery. Meanwhile, retailers need webshops and apps now that their customers have become used to online shopping.

These are but a few examples of push factors which mean digital implementations and high-functioning enterprise infrastructure are needed now more than ever – allowing software and SaaS providers to fill in the gaps. These, in turn, are massively attracting the attention of prolific acquirers looking to own or operate the next indispensable technology. `

The latest Enterprise Software M&A report from Hampleton Partnersreveals that the number of deals targeting enterprise software assets has skyrocketed, with 836 deals recorded in the second half of 2020 compared to 641 deals in the first half of 2020.

Total transaction value disclosed across all deals in the space was also sky-high, reaching $112 billion – the highest amount on record.

Valuation multiples remain healthy but have dipped slightly: the trailing 30-month median EV/S multiple came in at 3.4x, while the EV/EBITDA came in at 14x. This is possibly because the pandemic motivated sellers to decrease pricing to a more appetising level for buyers earlier this year.

The view is reinforced by PWC which says deal volumes are up 18% and deal values have increased 94% in second half of 2020. Covering the last six months of 2020, the analysis examines global deals activity and incorporates insights from PwC's deals industry specialists to identify the key trends driving M&A activity, and anticipated investment hotspots in 2021.

In spite of the uncertainty created by COVID-19, the second half of 2020 saw a surge in M&A activity.

"COVID-19 gave companies a rare glimpse into their future, and many did not like what they saw. An acceleration of digitalisation and transformation of their businesses instantly became a top priority, with M&A the fastest way to make that happen — creating a highly competitive landscape for the right deals," says Brian Levy, PwC's Global Deals Industries Leader, Partner, PwC US.

PWC insights from the second half of 2020 deals activity include:

•             On a regional basis, deal volumes increased by 20% in the Americas, 17% in EMEA and 17% in Asia Pacific between the first and second half of 2020. The Americas saw the biggest growth in deal values of over 200%, primarily due to some significant megadeals in the second half of the year.