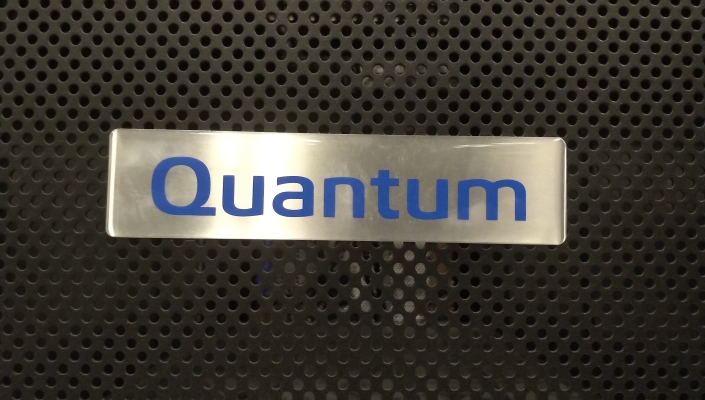 Data storage and management vendor Quantum Corporation says it’s on the right track back to profitability through the services it is pushing through the channel, including system integrators and managed service providers.

At this week’s IT Press Tour of Silicon Valley and Denver - which IT Europa is attending – the company showed off a number of technologies that are said to be capturing the attention in the markets it specialises in, namely cloud hyperscalers, media and entertainment, sports teams and stadiums, government surveillance and other niche areas.

It is in the software development and storage services side of the business the firm is focusing on now for higher profit margins, but its appliances are also going through some upgrades which allow this software to deliver optimum results.

The IT Press Tour visited the San Jose-headquartered firm at its systems engineering plant just outside Denver on the back of its year-end results. Total sales were $373m, which were up 7% on the previous year, but still lower than the $403m generated in 2019, when the firm made $43m in net income.

Lerner said the target was to increase that last figure to $350m by 2026, which would also see its customer numbers greatly boosted from its current 360, which are mostly large enterprises, the hyperscalers and governments and their agencies.

The company recently completed an oversubscribed rights issue which raised $67.5m, with $20m of that being used to reduce debt. The rest will stay on account as the firm moves to tackle supply chain issues and reduce costs.

IT Europa sat down with Lerner to ask him how the he intended to get back in the black. He said: “We intend to cut costs, increase our presence in the markets we are strongest in - like in Europe which is our biggest market - secure our supply chain and pay more for materials and components if required, and increase our customer prices further.”

Lerner said the company had recently upped its prices, but they weren’t high enough in response to spiralling material and component prices.

The cloud hyperscalers are key customers, working with Quantum to fill their data centres with ever more efficient boxes to support both company and consumer data.

Lerner can openly say that the hyperscalers can not get enough of Quantum’s systems, with the company continually struggling to meet their ever-growing demand. But it has to make sure it is not doing it at a loss, that’s the real struggle.